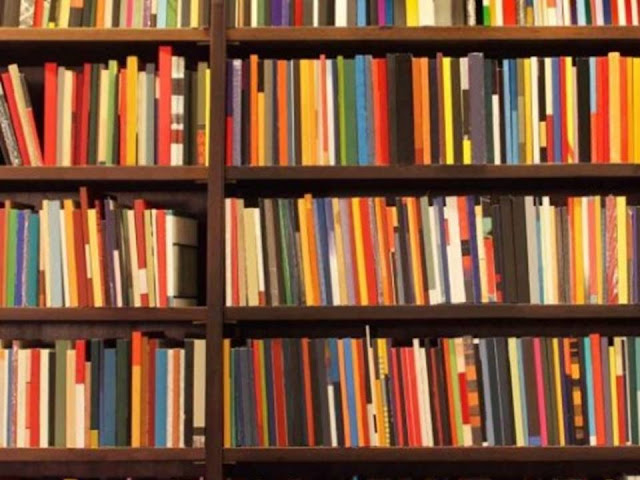 1. Through Gates Of Splendor – Elizabeth Elliott. The true story of five young missionaries who were savagely killed while trying to establish communication with the Auca Indians of Ecuador. The story is told through the eyes of Elisabeth Elliot, the wife of one of the young men who was killed. (21 formats and editions)

2. The Peace Child – Don Richardson. An Unforgettable Story of Primitive Jungle Treachery in the 20th Century. In 1962, Don and Carol Richardson risked their lives to share the gospel with the Sawi people of New Guinea. Peace Child tells their unforgettable story of living among these headhunters and cannibals, who valued treachery through fattening victims with friendship before the slaughter. (11 formats and editions)

4. Bruchko – Bruce Olson. What happens when a nineteen-year-old boy leaves home and heads into the jungles to evangelize a murderous tribe of South American Indians? For Bruce Olson, it meant capture, disease, terror, loneliness, and torture. But what he discovered by trial and error has revolutionized then world of missions. (13 formats and editions)

6. On the Crest Of the Wave: Becoming a World Christian – C. Peter Wagner. Wagner makes a very good case on missions and the power of the Spirit of God.

7. The Church Is Bigger Than You Think – Patrick Johnstone. Johnstone shares his passion for mission with us, showing us that the Church is bigger than we think in terms of Time, Size and Structure. The book has emerged from years of ministry to Christian workers and leaders and seminars.

8. David Livingstone: The Unexplored Story – Stephen Tompkins. Readers of popular history and biographies of inspiring history makers will find this an honest and balanced account of the real man behind the Victorian icon.

9. From Jerusalem to Irian Jaya – Ruth Tucker. A Biographical History of Christian Missions by Ruth A. Tucker is readable, informative, gripping, and above all honest. It helps readers understand the life and role of a missionary through real life examples of missionaries throughout history. (Irian Jaya is now called West Papua. It is a province of Indonesia.)

11. C.T. Studd: Cricketer and Pioneer – Norman P. Grubb. The definitive biography on the life of C.T. Studd, the founder of WEC International.

12. The Golden Shore: The Life of Adoniram Judson – Courtney Anderson. On February 12, 1812, Ann and Adoniram Judson sailed from Salem aboard the brig Caravan as two of the first missionaries to go out from North America. Watching the shoreline disappear from view, they could not have foreseen the impact of their journey on the future of the Christian world mission

13. The Legacy of William Carey – Vishal & Ruth Mangalwadi. Historians call him the father of modern missions. He was a cobbler in England. While mending shoes, he taught himself Greek and Hebrew. He made a leather globe and studied about the unreached in India, called the heathen in his day. In 1792, he founded what later became the Baptist Missionary Society. His most famous quote is “Expect great things from God. Attempt great things for God.” He lived up to his motto and translated the Bible into several languages of India. Amazon.com has several books about him.

14. God’s Smuggler – Brother Andrew. As a boy he dreamed of being a spy undercover behind enemy lines. As a man he found himself undercover for God. Brother Andrew was his name and for decades his life story, recounted in God's Smuggler, has awed and inspired millions.

15. Amazing Stories from Global Recordings Network – Allan Starling. Down through the centuries, storytelling has been an effective way to communicate. It was Jesus’ most common form of teaching. Oral learners use stories as their primary way of communicating and teaching. GRN’s motto is “Telling the Story of Jesus in Every Language.” The amazing stories span seventy five years of changing technology

16. End of the Spear by Steve Saint. Steve Saint was five years old when his father, missionary pilot Nate Saint, was speared to death by a primitive Ecuadorian tribe. In adulthood, Steve, having left Ecuador for a successful business career in the United States, never imagined making the jungle his home again. But when that same tribe asks him to help them, Steve, his wife, and their teenage children move back to the jungle. There, Steve learns long-buried secrets about his father's murder, confronts difficult choices, and finds himself caught between two worlds. (9 formats and editions)

18. Five Pioneer Missionaries – John Thornbury. (paperback) Henry Martyn, John G. Paton, John Eliot, David Brainerd and William Chalmers Burns left home, family and love for the sake of Christ and to spread his good news. The narratives of their monumental labours and sufferings and their strong longings to see Christ glorified in the salvation of the nations make awe-inspiring and God-honouring reading.

19. David Brainerd – John Piper.  Will Inspire, Challenge, and Amaze. Admit it: How much do you really know about the life of David Brainerd? Expelled from college, then sent on an amazing journey of service to the King, “David Brainerd: May I Never Loiter on My Heavenly Journey!” is John Piper story-telling at its best. And amazingly, it’s free!